Coven seeks a dialogue between the human – animalized figure and perception of identity through an occult imaginary. It shows updated myths from the Central European and classic Mediterranean legends in which the archetypal character of evil is the witch, talking about how animal instinct survives in the genetic transfer, foreseeing that every human notion has something animalistic.

Simon is an eight-year-old boy who seems to have everything from life. He’s a handsome child, he’s rich yet unhappy. His greatest wish is to leave the materialistic world behind since he isn’t fond of it. That’s why the only present he wants for Christmas is for Santa Claus to take him away to live in his fairyland toy factory. At the same time, a secret that his family has been keeping for a long time suddenly comes to the surface and it is feared that the worst might happen soon. The expectation for the stroke of midnight on the night before Christmas is transformed into reality for everyone on the eve of something truly different. Something terrible that might happen. 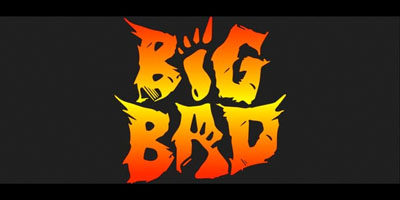 A respectful nod to classic kids-in-peril adventure films that finds a group of reluctant teenage kids stranded overnight in an abandoned jail. Their chaperon is missing, their cellphone service is non existent, and their patience with each other is running thin. Oh, and a big, hairy creature is trying to eat them. Hey… it’s tough being a kid in a monster movie. 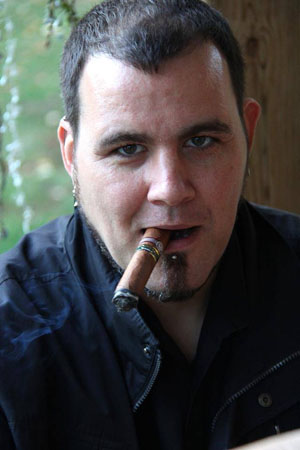 Talk/Demo
How to Murder Your Friends and Get Away With It
Presenter: David Ashby, Co-owner / Overlord Underworld LARP Canada, Underworld LARP.
Special Guests:
Kieran Lawless, Katie Francis and Jimmy Dee.

A mild mannered Network Administrator by day and devious LARP storyteller by night, David Ashby is the Co-owner of Underworld LARP and the current Director of Production.

David is an avid motorcycle enthusiast, metalhead, experienced gamer, and all around geek. When not engaging in his day to day hobbies David is normally scheming on new and inventive ways to scare and torment his LARP playerbase.

Thankfully they love it. David has been LARPing as a player and a storyteller for over 18 years. His dedication and love of this game drives others around him to push boundaries and excel beyond what they thought capable. He also hates Unicorns. Stupid stupid Unicorns.

The infamous Napoleon Bonaparte once said “If the Earth were a single state, Istanbul would be its capital.” And I wholeheartedly believe that myself. There a few cities on this globe that possess truly remarkable skylines, and Istanbul is one of them. Istanbul has been a crossroads for humanity for centuries, and it holds a mystique that you can’t really describe unless you’re there. But it’s beauty is not often often seen from the eyes of some of it’s oldest inhabitants: the birds. Spectacular as it is from ground and sea level, Istanbul is amazing from the air. Shooting with both cameras on the ground as well as drones in the air (which we got exclusive permission to film with) we shot the minarets, the mosques, the bridges, the boats, the bazaars, the streets, the straits, and the sights of the world’s capital. Check it out and tell me you don’t think that Istanbul is for the birds — and here, that’s not an insult. Find more great content at matadornetwork.com.

Jordan is a land enshrouded in mystery. Serving as a crossroads of humanity for thousands of years has left the country with a cultural diversity unmatched by few. Come along with Matador as we explore this beautiful land from an angle never before seen, an aerial delight captured using the latest in drone technology. From the ancient ruins of Petra to the mind-blowing rock formations of Wadi Rum, Jordan is a place that will continue to amaze you—just watch and see… This entire film was shot in with a DJI Inspire and DJI Phantom 2, equipped with the H3-3D gimbal along with a GoPro Hero 4. 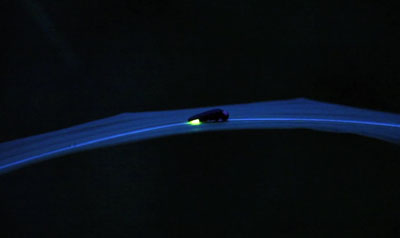 ‘Brilliant Darkness: Hotaru in the Night’ explores the importance of darkness through the study and preservation of firefly habitats in Japan and the United States. Fireflies are reportedly disappearing, as artificial night lights disrupt their ‘language of light’. ‘Brilliant Darkness Hotaru in the Night’ features artists and scientists on different continents working to understand firefly flash patterns and how to live among wildlife in urban settings.

When Viking role player Vidar is sidelined to “the land of the dead” he seeks help of the god Odin, who agrees to teach Vidar the ways of the Vikings if he takes him to a mystical Runestone. Together they embark on a journey that will test Vidar’s wits, bravery and his ability to go completely berserk. 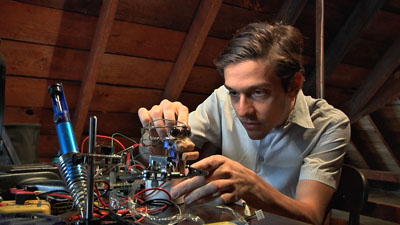 Mario, a 25 year-old dreamer, hitchhikes from town to town looking for meaning in his life, until he happens upon a magic shop. A coming-of-age story for the DIY generation, Building Magic features an original soundtrack by Rob Carey & The Headlocks. The film has caught the attention and support of actor Kyle MacLachlan (Twin Peaks, Portlandia) and filmmaker Ken Burns. This is a film for anyone who has ever had a dream. 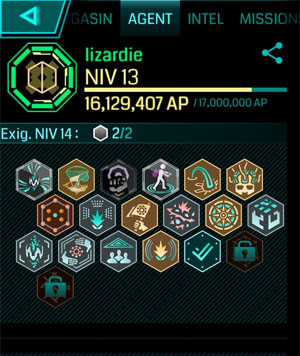 @Lizardie is a recent arrival to the Ingress scene in Toronto. His master and commander, one @Vadarf taught him the basics in the streets of Paris, Malakoff and Montrouge. Back in North America, @Lizardie started playing in the streets of Toronto, Ottawa, New York and Montréal. He achieved Level 13 in less than 10 months whilst walking over 1200 km and destroying a legion of USB cables as well as enemy portals.

@Lizardie’s passion for this game, like most Ingress players, comes from the fact the world is the board game, one can play alone or within a team and the fact one never stops learning. By the end of the session, you will have learned the basic concepts of the game and will start plotting your path towards world domination.

What you need : your smartphone, data.

Theme – Everything Old Is Cool Again… 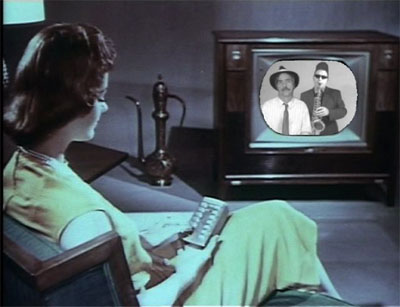 A silly, geeky music video about love and software. 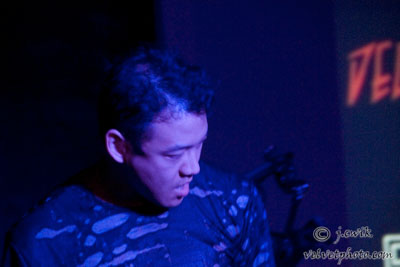 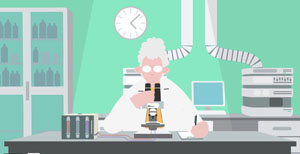 Originally made as a series of 3 films for a Science project at the Technical University of Denmark in Copenhagen (DTU). www.biointense.nu The films where made as part of two scientific research programs founded by the European Commission to provide an insight in the field of microfluidics for a broader audience of people outside the scientific community. The film explains the core principles of microfluidics through a personification of it’s main components: enzymes and substrates as comic characters in a soccer like game. This means that nearly everyone can dive into microfluidics even if he or she doesn’t know anything about this field. And it’s even fun to watch the protagonists behaving in the special way the actually do in microfluidics – with all advantages and disadvantages which occur with it. This will help a broad audience to get to know something about this promising scientific research. Microfluidics can be the basic of solving such problems as better rechargeable batteries, cleaner drinking water, replacements for oil or even some improvements in the medical field to fight cancer more effective.

An observational document of the visual environment created by Japanese artist Ei Wada (Sony Music, Japan). Wadasan re-wires Braun-tubed TVs to function similar to a theremin. Performing in the dark, he creates a unique audio/visual experience using broadcast signal and VHS cassette tapes with distorted image output to control frequency. Playing multiple televisions like a drum-set, he uses his own hands to control amplitude. The filmmaker conducted an interview with Wadasan and filmed two performances; one in Germany, the other in Japan. Based on our conversations, he created this short piece that emphasized Wadasan’s grassroots approach to instrument making and reflected his own concepts about performance as art. This film was shot entirely on Super 8mm film, hand processed and transferred to DV with recorded sound performance in Osnebruck, Germany and Tokyo, Japan. 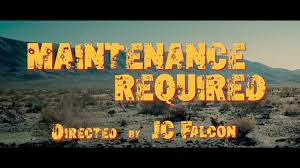 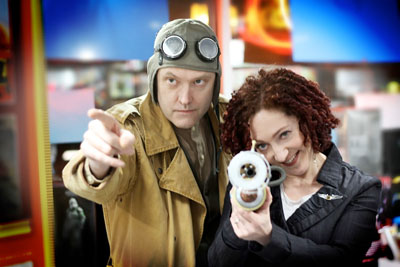 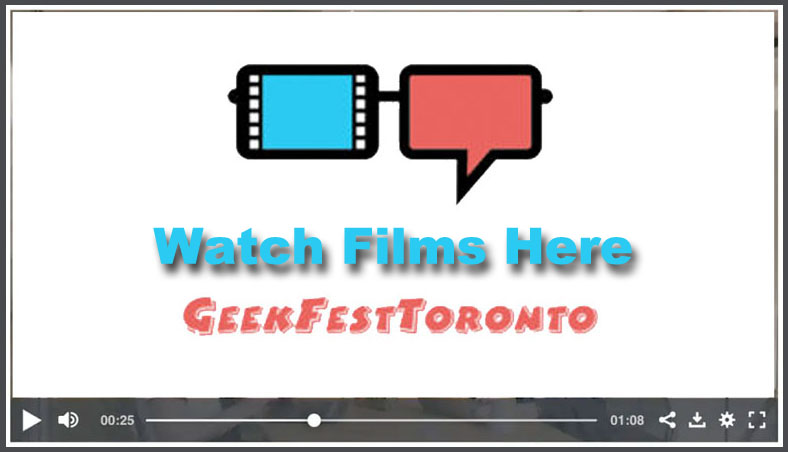