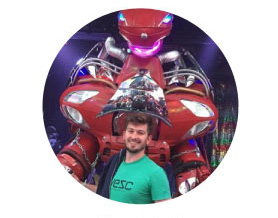 Toronto Esports Club was founded in 2016, with the goal creating a local Esports team for Toronto and Canadian fans to cheer for. On September 6, 2016 the Club announced their intention to enter the competitive Overwatch scene with the introduction of their first professional Overwatch roster. With future plans including a local Toronto training centre and developing and fostering local Esports talent, Toronto Esports Club aims to make Toronto an epicentre of global Esports for years to come.

A life long RTS gamer, and a bit of a sports nut, Dr. Ryan Pallett, a family physician, became a passionate Esports fan with the emergence of Starcraft as a premier Esport.  The desire to help continue the growth of the Esports scene in Toronto, and the clear passion of local Esports fans, led him to creating Toronto Esports Club.  Ryan believes in the healthy gaming movement, and has the goal of seeing elite Esports athletes set a precedent for health and wellness among the greater gaming community.